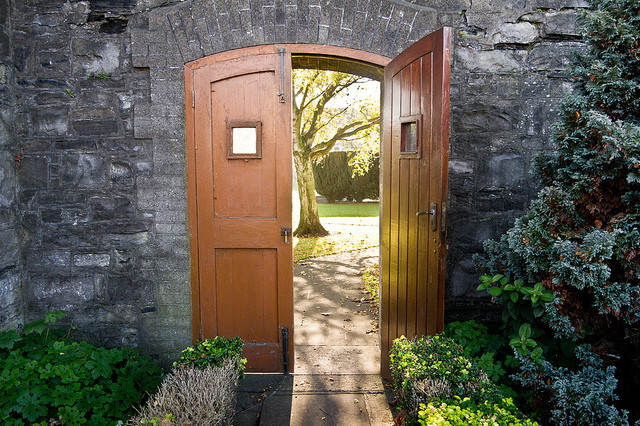 The open education community I run with is filled with the kind of people who think words really matter. For a while now we’ve been debating what to call the things we care about and do: open practices, open resources, open pedagogy, open licensing, open this, open that. Our debate is hot enough to make some people turn away and others dig in. But when words matter this much it signals real tensions in beliefs, priorities, territories and relationships.

A while back, David Wiley staked out a new term: “OER-enabled pedagogy”, motivated by what he saw as a lack of specificity in existing terms like “open pedagogy” to generate a new, “empty” label for what he called “the set of teaching and learning practices only possible or practical when you have permission to engage in the 5R activities”. In her post today, “How Little People Can Be Invisible in the Open”, Maha Bali brought our attention to how the story of David’s new term has spread, leaving out some of the people who played roles in its development and eclipsing other stories, terms, and definitions. To help set the record straight, David has now posted a short history of “OER-enabled pedagogy”, emphasizing contributions from Maha and others. David is clear he’s not himself trying to take sole credit for anything, as he says in one of his other posts in this history: “All of the activities that we associate with knowledge creation and other forms of scholarship are remix activities. They involve standing on the shoulders of giants, whether remixing existing knowledge in novel ways or combining previous understanding with genuinely new insight. Everything is a remix on one level or another.”

I learned that remix lesson as much with David as with anyone, like that time when our conversation led us from the idea of “disposable assessments” to start calling their opposite “renewable assessments” (though I prefer to call them “assignments” to get even farther away from education’s obsession with assessment).

And now I’m writing too. Why such a tempest in our terminological teapot? After all, we have a strong set of shared beliefs in this community — we certainly agree more with each other than we do with outsiders — I think including a shared belief in the foundational premise in David’s argument for OER-enabled pedagogy: “We learn by the things we do.”

Maha’s intervention today illustrated why I care so much about the words we use, and why I think it’s incredibly valuable to keep their meanings — well — more open, if you will. Bear with me.

When David adopted “OER-enabled pedagogy”, he was not just defining a specific focus to empower his own work, he also resigned from participation in further conversation about wider understandings:

“I’m convinced that the terms ‘open pedagogy’ and ‘open educational practices’ are understood so differently by so many people that there is literally no hope of achieving a useful consensus about the meaning of either of these terms. … For my own personal purposes of writing, researching, and advocating, the absence of a shared understanding of these terms removes any utility I previously hoped they had. Consequently, I don’t think I’ll use these terms any longer or participate in the discussion about their meanings going forward.” [source]

No hard feelings though: As David refined his own focus, he wished those of us still participating in such broader, ambiguous discussions well: “Others will doubtless continue this deeply interesting conversation and I wish them well as they do – I am in no way criticizing them as I withdraw from these conversations.” [source]

“OER-enabled pedagogy” is a valuable term. I strongly agree that open licensing and the OER it enables are essential infrastructure in the larger project of open educational activities. It’s useful to have very specific language to talk about the teaching and learning that OER supports. (I would like it if the term had a more graceful hashtag though: #OEREP?) Meanwhile, however, that “deeply interesting conversation” continues, and like it or not, David IS still participating in it (or at least his words are), because, ya know, “everything is a remix in one way or another”. That’s how discourse works — the problems of three little people don’t amount to a hill of beans in this crazy world.

The immense value of NOT “achieving a useful consensus” around what we mean by “open” and staying in that deeply interesting conversation is precisely because when we foreclose it, when we leave it, we miss out on new understandings for ourselves, and close them down for others. It’s no surprise that some women with very different global perspectives, like Maha and Sarah Lambert (whose paper “Changing our (Dis)Course: A Distinctive Social Justice Aligned Definition of Open Education” inspired Maha to write today) would remind me why we need to keep definitions of open, open.

For example: A caveat I do have about “OER-enabled pedagogy” is that I feel like it puts the emphasis on the artifacts of OER — the nouns that David champions — when I see what’s needed is greater support for the activities of open — the verbs that represent our action. I’m not suggesting that an emphasis on OER is a form of technological determinism. It would be simplistic thinking indeed to imagine that merely producing OER would generate open education OR social justice. But I am convinced that privileging nouns does shape our understanding and action.

David is so right that open licensing empowers “5R” freedoms that are limited by copyright. But when we start from OER, we are sure to start in the territory that intellectual property has already mapped out on our wild remixture. Nouns are so easily bought and sold. There are other starting places and other maps that lead to other journeys.

When I set out recently to define terms to shape my own work, I settled on “opening knowledge practices” or OKP, as I wrote, “to emphasize the active, verb form of ‘opening’, rather than the adjective ‘open’, modifying some — perhaps more static — noun. Knowledge is not static and the process of opening it is ever ongoing. OKP is an active process, never finished.” As I went on:

“In the same vein, I use ‘opening’ to emphasize my view that the most useful way to think about openness itself is not as a static quality, but as a bendy characteristic. For me, something is open for a moment, in a context, for these people and purposes, according to a (contested) definition of open. I like to think of something opening as a part of a process — opening like a flower or a mind — rather than being open as a state — like a door or gate.”

If you read this post, now read the ongoing conversation about it on Twitter, where I learn some invaluable lessons about what I wrote here from people like Maha Bali and Sarah Lambert.